Union Find Their Offense In 3 -1 Win Over Houston

Chester, Pa – The Union have solved their scoring drought for one game at least. Philadelphia were winless and hadn’t score more than a goal since July 29th. Tonight they found a way to score three goals against a strong Houston team. Manager John Hackworth shook up the line-up again, starting five different players from the last game on Thursday. The Union were determinded to get a result today as it was their second to last home stand in Philadelphia.

The Union attacked early and often to start the match. Philadelphia knew coming in that Houston would be up for a dog fight as they continue to push for a playoff berth. Also, Philly had not had favorable results against Houston as of late, coming into the game today with three losses dating back to last season against the Dynamo when they knocked the Union out of the playoffs.

Philadelphia, looking for their first win since July 29th, were hungry to end the drought.  Hackworth started under utilized Josue Martinez up top with Freddy Adu and Danny Cruz, who making deep runs in support. Adu’s early presence and hard work paid off when he took a deflected ball off the touchline and worked it just outside the 6-yard box. He blasted a low shot into the back of net to put the home side up 1- 0 in the 28th minute.

Houston battled back seconds before the half and caught Philly’s solid back-line off guard when Oscar Boniek García took a flick-on into the box. He took a quick touch in the box and slammed his shot off the far back post, tying the game at 1-1. The Union and their fans were in shock. The Philadelphia defense had played very well up until that point and keeper Zac MacMath did now have much work to do until the goal.  Philadelphia and Houston went into the break all tied at 1-1. As the players left the pitch, the Union full-backs were seen talking about the goal and addressing it right away. Hackwork said after the match that he really didn’t need to address this issue as he saw and heard the players speaking about it.

The Union came out in the 2nd half with even more energy than they had to start the match. The Union were all in to get the 3-points.  Philly pushed numerous players up on the attack. During a Union corner kick in the 50th minute, full-back Sheanon Williams was pulled down in the box and the Union were awarded a penalty kick. Stepping up to take the kick was Freddy Adu. Adu sent his shot high and to the left, well out of Houston’s Tally Hall’s reach. This put the Union up 2-1. Right after the kick, Adu came to the sideline and seemed hurt.  Later, we were told Adu hurt his hip during the PK. Philly was then forced to use its first sub and brought on Keon Daniel to replace Adu.

Keon Daniel’s night only lasted 9 minutes as he took a knock and was forced out of the game as well. Hackworth was forced to use another sub and brought on his spark-plug forward Antoine Hoppenot. Hoppenot, the surprise rookie for the Union, inserted his work ethic right away. He was a factor for the remainder of the match, as it seems he is best fit as a sub to trouble the tired legs of opposing defenses.

The Union, looking hard to ice the game, found a goal in the 70th minute from Josue Martinez as he put away a deflected Amobi Okugo shot to put 3-1 to Philadelphia. Okugo’s delfected shot came from a cleared corner kick by the Houston defense.

Philadelphia held on tight fot the next 20 mintues as Houston never seemed to even threaten for the rest of the game. The Union picked up their first win and first goal from a forward since July 29th. The team’s next two matches are on the road as they face Columbus next Saturday Sept. 29th and wrap up with a mid-week stop in Chicago on Oct. 3.

Philadelphia’s next home match is Oct. 6 as the Union will host New England. Also, all fans in attendance this afternoon can go to Great Clips within the week for a free haircut since the Union scored 3 goals. 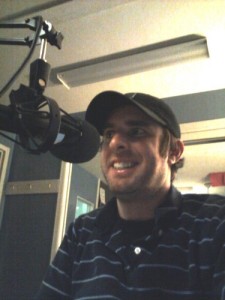