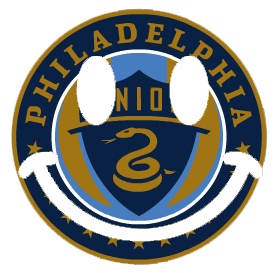 I had planned to do an article after the Schalke match on Wednesday evening; I actually was able to attend that match and was impressed by what I saw from the team.  I had started to write an article but was only able to get about a page or so.  I never like to put out short articles because afterwards I always feel like there is more I should’ve said.  Also, one of the things that I do is go over replays and highlights or discuss major events that stick out in my mind from the game.  Also I wasn’t in my normal seat and my perspective was off so I didn’t have the best view of every play.  You want to know what I took away from the Schalke game? Here it is in easy to read points.

1) Our youngsters definitely have earned some playing time.

4) Using the above formation, we were able to get a shot on goal in the 2nd freaking minute of the game, an improvement over the single shot on goal in 90 full minutes against Seattle.

Now some of you might be expecting me to launch into my diatribe about the team and the fact that we lost to the New York Red Bulls (I am one of the few people you will meet that doesn’t call them the New Jersey Pink Cows, I don’t call any rival team in any sport names so I won’t start now), but I’m not.  Instead I’m going to explain something about myself and possibly about how other fans feel.

You see, some people think I’m entirely negative about the Union as a whole, that I “enjoy” seeing my team lose because I can write negatively based articles about it.  That is far from the truth.  I want my team to do well; I want them to fight, to win.  I HATE walking away from a given match with a bitter taste in my mouth.  I despise having to sit here and launch into criticisms of the team and its players that I love dearly, I don’t WANT to do that folks.  I would rather sit here and type, “I was totally wrong about what this team was doing guys, Peter Nowak, you made me eat my words.”

Someone once asked a famous comedian, (I want to say it was Lewis Black or Patton Oswalt but don’t hold me to either) back in late 2008, “Man, with George W. Bush leaving office, you must be sad since you’re losing so much comedic material?”

Now, I’m not trying to be political, just using an example. I’d rather be writing every article dissecting wins folks; I’d rather sit here and say, “We won 3-0 but if Keon hadn’t shanked that shot, we’d have another goal to add to the stats!” But I’m not, I’m sitting here, looking up at that 2-6-1 and feeling…depressed.

Depressed because this team fought so hard against the Red Bulls, hell, for a while it looked like we might actually win the damned game.  Pajoy played quite well; with two goals it would be hard to not call him my man of the match.  He did shank a couple of shots, but that’s sports.  Down a man for the better part of the second half, the Union played like a team possessed, they were making passes, they were hustling for balls.  Hell, before his red card (which we’ll get to) Freddy Adu looked pretty damned good out there.

However we still lost.

I’m taking some positives away from this match, as well as some negatives.  The positives are that this team has in two consecutive matches (one being a friendly, granted) the Union have shown that they are able to sustain an attack.  Pajoy has shown an ability to score well placed goals.  Freddy Adu is starting to play like the player the Union need him to be. To be honest, despite today’s loss, I feel like there was much to take out of this game.

Adu’s red card, from what I’ve seen was unwarranted.  If you watch the replay, Adu does go down with little contact, however to me it seems more of a case of he lost his balance ever so slightly, he didn’t appeal for a penalty and personally, as the ref I would have given up a foul AT WORST.   You might think I’m saying that because I’m a Union fan, but I will admit when Union players deserve cards, Pajoy’s yellow for example, was deserved.  Adu seemed to be trying to avoid the contact that didn’t come and lost his balance and fell, the ref thought he dove and carded him.  Despite being a man down, the Union played their asses off coming into the second half, hell, they took the lead despite being a man down.

However, with the Ying must come the Yang and I’m going to highlight some negatives.

The first and major being the missed shots, I said earlier that misses happen and today they happened in BUNCHES.   Even though he was my man of the match, Pajoy missed one shot where he literally had a one on one with New York Goal Keeper Ryan Meara and didn’t even get it on frame.  Mistakes like that will kill the team and unfortunately, today they did. But I’m not going to harp on that one because it was great to at least see our guys taking shots.

Honestly, I couldn’t be mad after today’s result, I was just dejected, it was all things considered a “good” loss in that the team didn’t get shut out and didn’t roll over and give up when Adu was sent off.

I hope, I really, really, REALLY hope that the team takes a ton of stuff from this game.  The first half of the game was freaking beautiful soccer, the team came out firing, was stringing passes together, players were making runs. It was truly something to see.  I hope that they take that attacking mentality into the game against FC Dallas because despite the great play, the hole the Union are in has gotten a little bit deeper and I worry that all too soon it’ll be too deep to climb out of in time.

Today was major evidence that myself and others have been saying, this team is far more talented than it’s been playing.  One of the most frustrating things you can watch in the world of sports is watching your team that you KNOW has some good talent totally blow it.   The Union have some great, young talent and to see them meander about the field is upsetting.

I don’t think anyone can question the support that the fans have for our guys, after Adu was red carded the entire stadium joined in a chant of “Freddy!” yes, some of us might feel that sometimes he’s overpaid, but Freddy Adu, you’re still our guy.  Today the offense came to life; it’s just a shame that the defense couldn’t hold the Red Bulls scoring down.  Normally I don’t like to speculate “well, if THIS had happened…” because it’s normally such a pointless argument.  However, anyone with a set of eyes in their head could see that the Union was the better team for most of the game.  New York was able to take advantage of the fact that for the entire second half, 10 men were trying to cover for one missing one.  New York has bragging rights…for now.  However, if I’m Hans Backe, I’m worried.  Worried because a team with 10 men was able to come right out in the second half and score a goal that put them up.  I’m worried because Jorge Gonzalez won’t be there to bail my team out every time we play each other. I’m worried because we have to come BACK to this place and face this crowd again and I’m freaking TERRIFIED that if this team is now putting it all together, my team and the rest of the league is in deep shit.

A Group for Supporters of the Philadelphia Union in PPL Park section 133. Our Purpose is to Defend Section 133 from the AWAY Supporters of ALL other MLS Clubs.
View all posts by Section133 →
This entry was posted in Major League Soccer, Philadelphia UNION and tagged FC Schalke 04, Freddy Adu, Jorge Gonzalez, Matt Reppert, New York Red Bulls, Red Card, Sons of Ben. Bookmark the permalink.